It probably all began when Larry Woiwode visited my 6th grade class and said my question (What courses in college should I take to become an author?) was a very good question.

Then of course there was C.S. Lewis who I didn’t know had died long before I discovered Narnia. A few years after that I visited his home, church and grave. 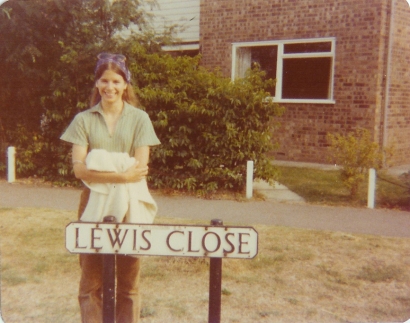 Street near Oxford named after Lewis

I suppose Phyllis was next.

Then there was Neil Gaiman. I was never near his home, but I knew pretty much where it was because it was closeish to where my grandparents used to live in Wisconsin. I lost interest in him after he divorced his wife and married that singer.

Finally, I suppose I am a little interested in Jim Lynch who lives in Olympia and has written about that town a bit. My daughter has met him a couple of times. In fact just last night she forwarded me an email from him with an unpublished story attached about a young woman named Claire who loves to read and lives in Olympia. Even her bookstore is mentioned! Anyway, it would be fun to bump into him sometime in Olympia.